A/N: This round’s club meetings were a total bust.  I was also supposed to have a meeting for Ash Shore Singles but just wasn’t interested truthfully.  They’re all sims that I don’t really like much anyway.

First is Dastardly Deeds.  I thought this group would be sort of fun actually.  All of the sims on the lower side of the niceness scale led by Kiera.

I have no idea what was wrong with Brock.

The tasks were to be mean, mischievous, and fight with each other.  Sounded fun and at first, I was enjoying watching them all. 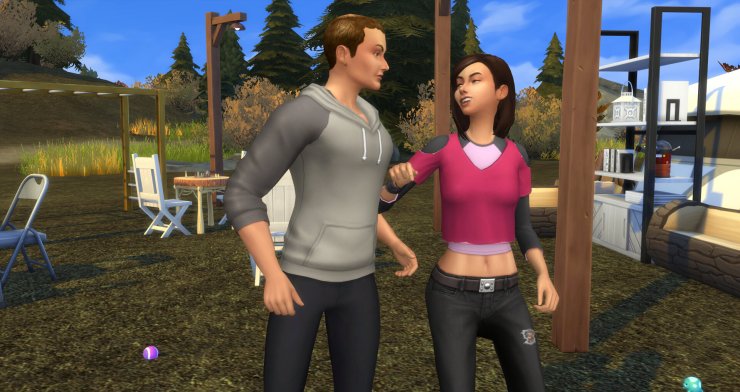 Giving dad back some of his meanness.

This is when I realized my folly.  In the few hours that they had been meeting, Brock and Brianna’s relationship had totally tanked!

I did find this funny.  Took you long enough.

I removed the club tasks and just had the rest of them dance while Bryanna and Brock worked on upping their friendship again.  I was completely mortified. 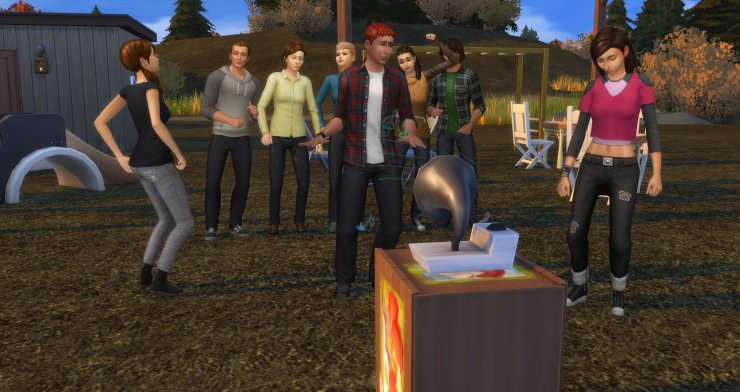 I mean, I might not be a very big fan of any of them but that doesn’t mean that I want to kill all of their relationships.  Somehow, I thought that since it was a club task that it wouldn’t affect relationships!  I have no idea what they could all possibly do at the next meeting.  It’s not like there’s anything to sabotage!

Dane, who I’d completely forgotten existed, spent the whole time being anti-social.  I’m beginning to wonder why I’ve kept him in this ‘hood?

Next up, Laugh-A-Minute.  All of our playful sims lead by Stephon. 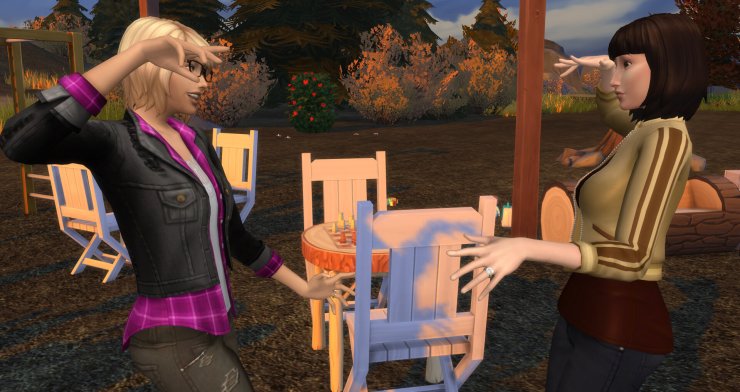 This is what had attracted Darrell to Shari in the first place.  Her sense of humor.  Other than that, they were a terrible match.  She and Khloe are perfect together as well as he and Naomi so it worked out great in the end.

Another new sim, Owen, in this group. 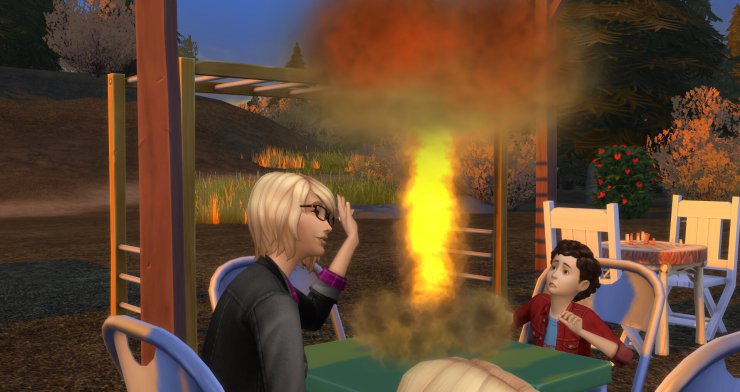 He was the only one to react to this.  Cracked me up!

I was thinking to myself, yea it’ll mostly be couples at this one too.

Started taking pics and looking around and noticed a lot of the sims I consider playful weren’t there.  Looked at their profiles and realized that they have P7 not P8-P10.  And questioned why I’d made that decision in the first place?  Mostly because the Do-Gooders group was so huge.  So, I started bringing the 7’s there.

And having Stephon meet and invite them all. 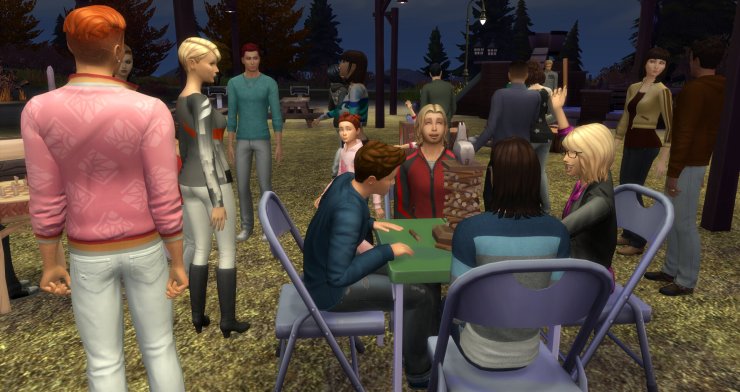 I did manage to get some pics but was really distracted with Stephon.

Rhys and Layla were the only kids that I bothered with for now.  I’ll have to go through all of the profiles to see who I missed and update the roster.

There wasn’t a ton of the “welcome new member” thing going on thankfully. 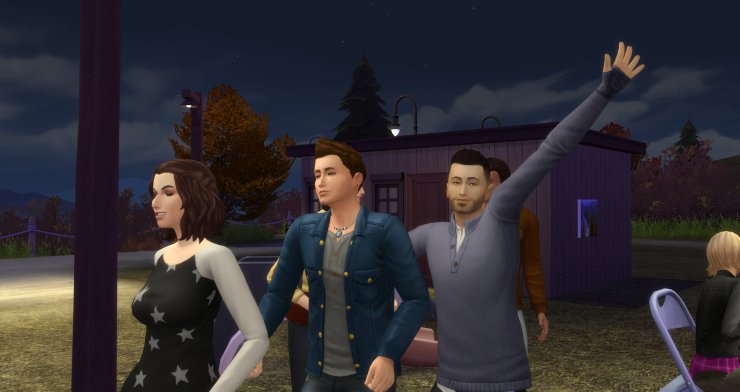 Boogie down with dad!

And dancing.  I think most of my sims are maxed at this point.

I realized that since Naomi and Darrell are a good fit that she and Rylee have a lot in common as well which is really cool. 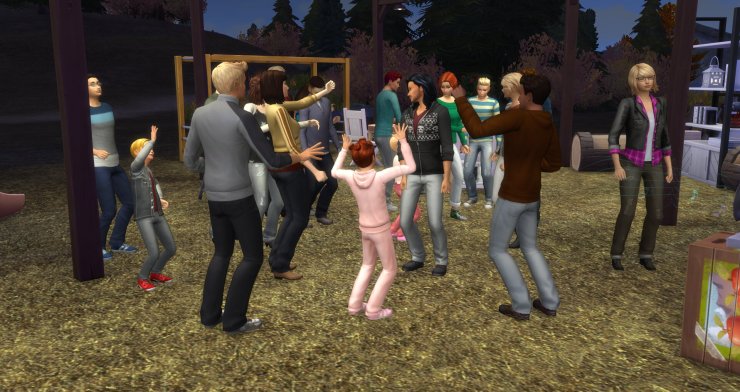 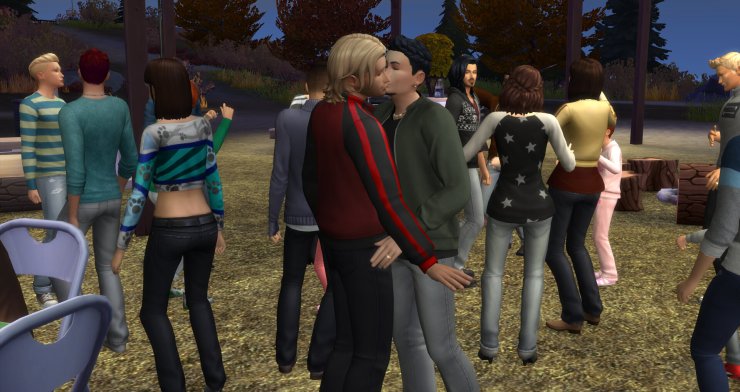 The only PDA of the night.  I decided to call it quits soon after this. 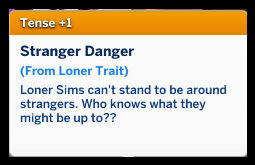 I’m questioning whether Stephon is the best leader but have no idea how to transfer leadership to someone more social?