The fact that both Mack and Elsa had acted sick when I was playing them made me decide I really needed to get Drew to create some medicine.  So, first thing he did was harvest his little herb garden.

Drew and Everett got to be the first ones to congratulate Tobias on his engagement to Enzo.  Was he still there in shock from the night before?

Butter’s ears were so cute here. 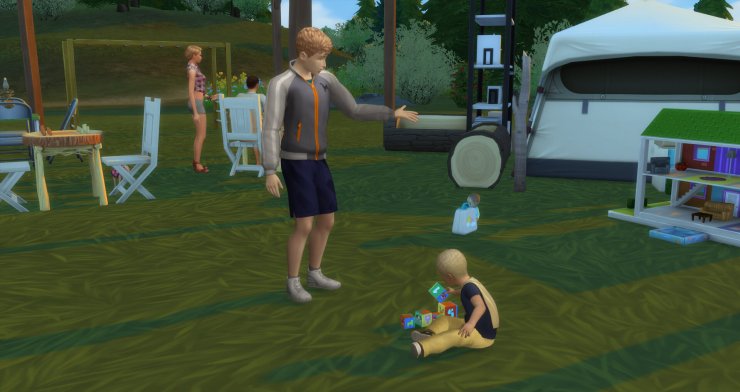 Hayden was the only one not hungry so he went over to practice shapes with the blocks.  Drake wandered over within seconds to help him. 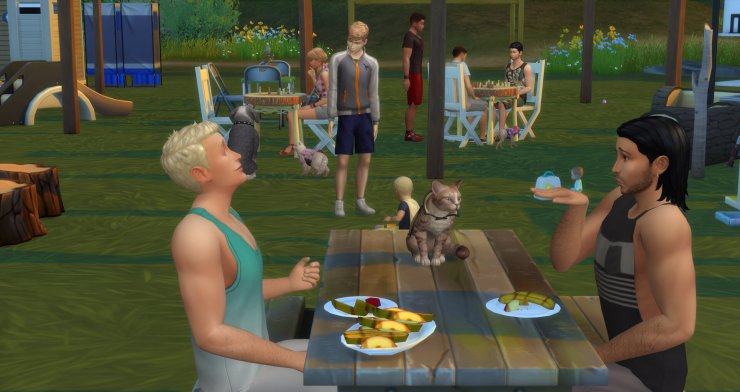 So cute.  Butter may have learned not to eat people food but that doesn’t mean he can’t observe the eating process.  (My mom used to call it the “Eating with Mommy” show when the dogs did that!)

Bellies full, Everett took over helping Hayden with the blocks and Drew on making his first self-made medicine.  The problem?  He only had enough to make one! 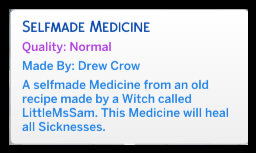 The description made me giggle. 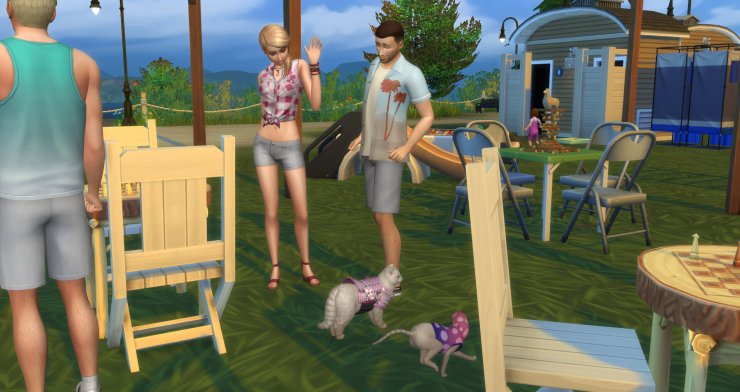 Demetrius and Libby were flirting but she was looking at their cat Doodle so it looked like she was flirting with the cats!

All of these athletic sims are constantly firing each other up!  I swear most of them are perpetually energized! 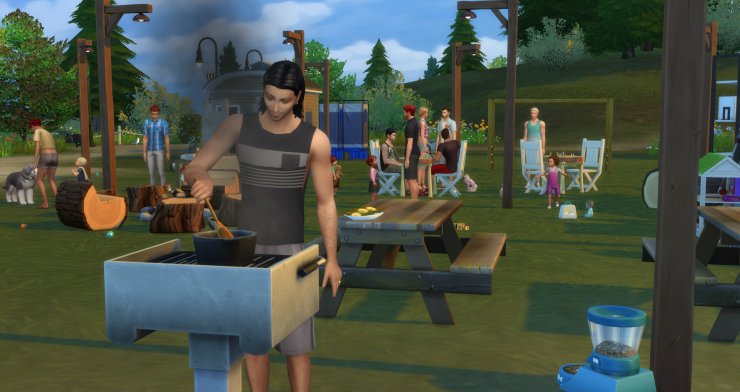 He made a bunch of the sadness alleviation potions since he had some ingredients for those. 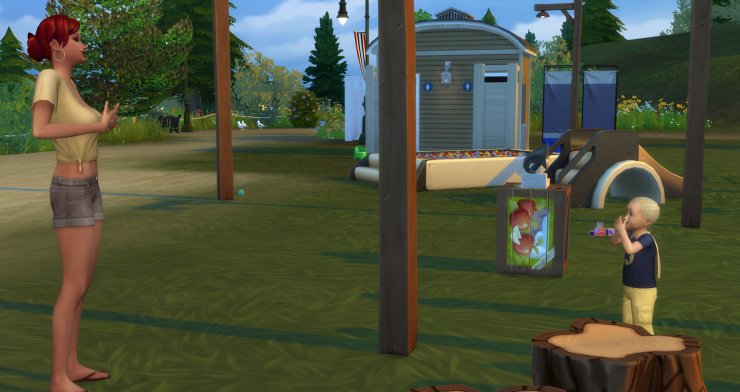 Chatting with Aimee.  I bet she’s telling him about new baby Axel.  She’s still not showing as pregnant yet!  My usual habit of going into the other household a day or two later to see if they’re pregnant isn’t going to work with the new term lengths.

And yet more… toddler cuteness.

And more.  Plus, adorable Butter as well! 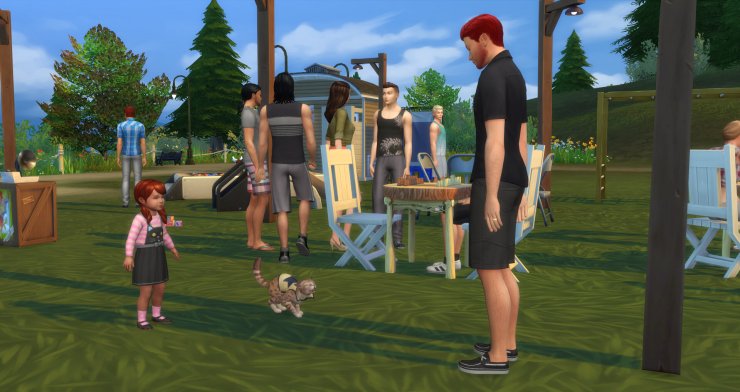 Yikes.  Butter was not happy about Alvin’s intro!

Looks like Alayna gave daddy a hug to make him feel better.

I love Butter.  I’ve noticed that all of the pets have very different personalities. 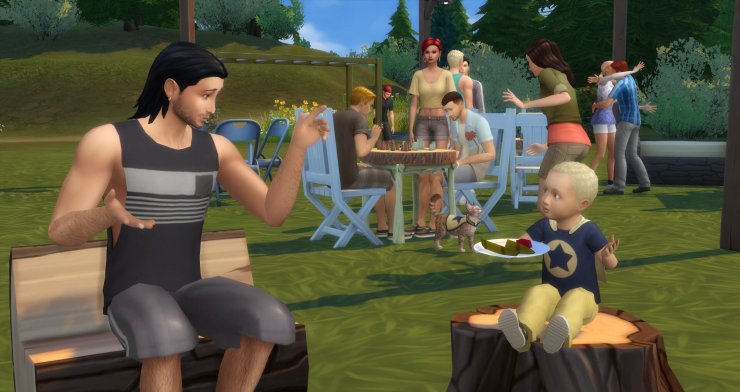 Hayden was getting hungry and since Drew didn’t have any ingredients to make anything else worthwhile they needed to go back home. 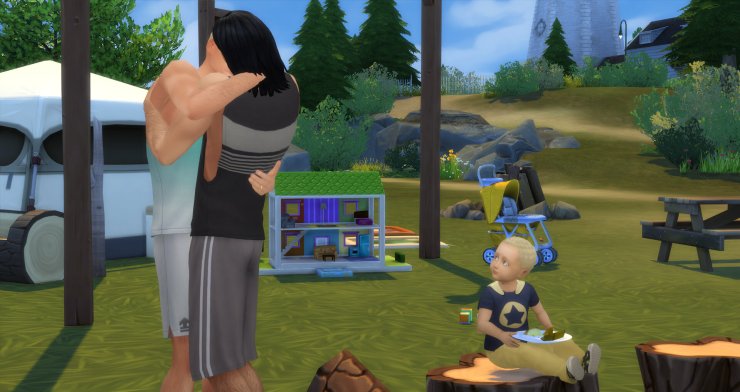 Saying a shy hello to Brice. 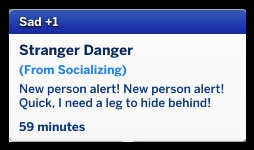 When they got home Everett tried to soothe him but he wanted nothing to do with it! 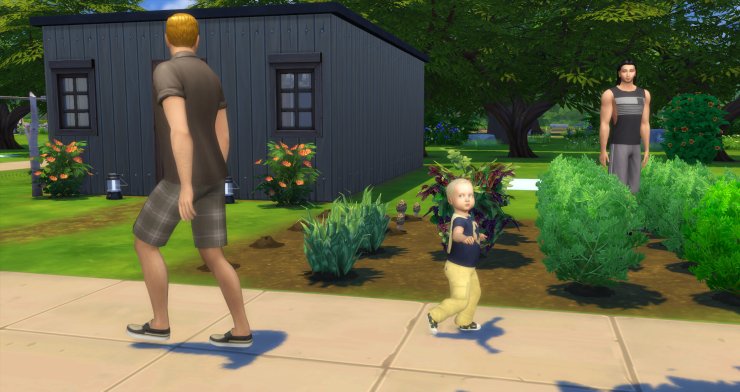 I thought he might as well fish for a bit so Drew could use them as fertilizer.  He planted some more chamomile plants and one more basil since he needs those plus lemons for the medicine.  I’ll have to try to remember to have Enzo plant more lemon trees!

Hayden wanted flash cards.  They sat in the garden doing them… in a plant!

Wow not bad for his first catch ever!

Butter zero’d in on the fish action taking place.

And kept doing this!  Fish for me, yes?

But you asked for them!

Time for a lesson in saying sorry.

A little fertilizing and weeding.

And potty for the little guy.

And then a nap.

Everyone’s getting so domesticated.  It’s fun seeing their lives evolve. 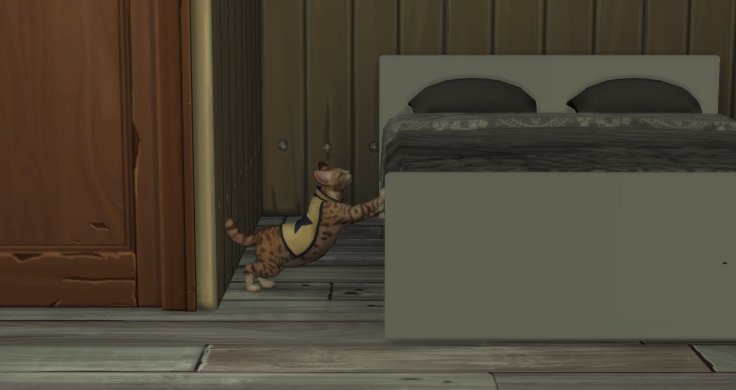 I suppose doing it twice in a row was worth it to learn not to scratch!

I really wish that the laundry on the line changed with the family.  I’d love to see little toddler clothes on there.  And… there was a dress.  LOL!

Butter’s like oh yes clean my poo… play with me!

I was just thinking it was odd they hadn’t had any of these whims yet!

They’re such a cute little family.

Ah, there’s the other.

They were talking through the bathroom wall.

Maybe some sort of sofas next eh?

I just love these two together.  And they’re so great with little Hayden.  I need to figure out how to decide if/when they adopt.  I mean, if I go with every whim they’ll have 23 kids!  (25 is the household limit.)  I was thinking maybe a low percentage random roll for each whim?