Time for Naomi, Darrell, Rylee, Jitterbug, and Siggy to pick out decor for their house!  Rylee also grabbed herself a toy.  Of course, her mom has shared custody but since I’m not playing that household we’ll only see her with Darrell and Naomi.

Both of the dogs were stinky when they arrived home.

Luckily, we now have a bathtub!

Rylee was more interested in the still-unnamed cowplant… seriously, why doesn’t it have a name yet??? 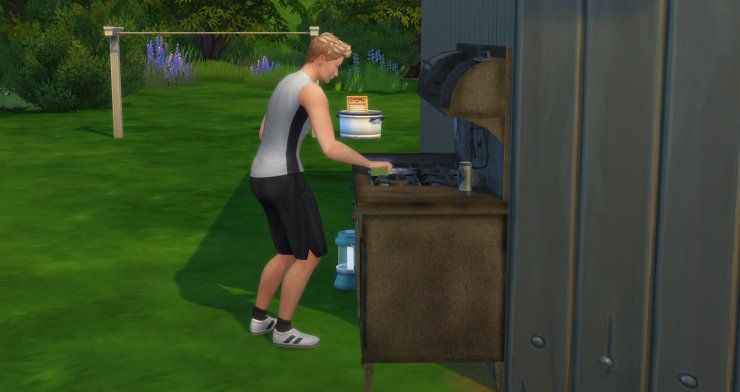 Darrell cleaned Naomi’s jam table.  She’d grabbed a bunch of stuff off of Enzo and the Mesner’s shelves and then had no spare time to do any canning!

Jitterbug got the royal treatment: bath, brushing, and playtime.  I have no idea why I have no pics of Siggy’s bath!

Darrell is very athletic and Jitterbug is an energetic dog so he took her for a very long jog.  Seriously, I was starting to wonder if they would ever return!

Meanwhile, while dad was on his marathon jog, Naomi did some yoga and then told jokes and chatted with Rylee.

The (unnamed) cowplant was hungry.  I love cowplants.

Finally, they returned.  Apparently, no housewarming party for them and by then they were all hungry. 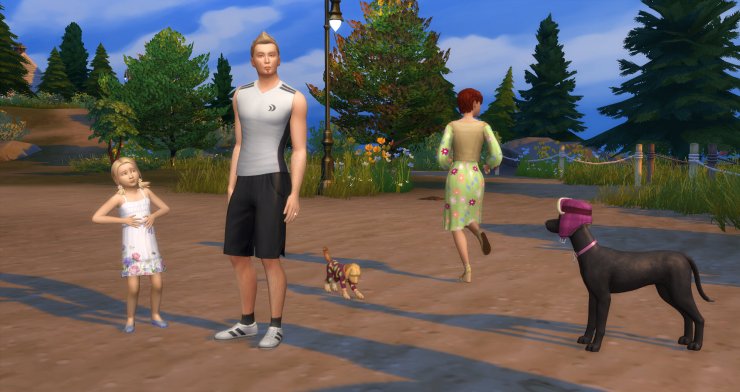 Off to the park to cook. 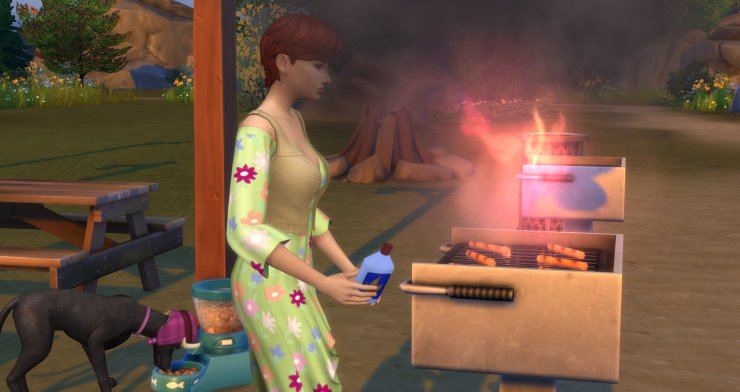 Have all of my sims turned into pyros?  Where are they getting that stuff anyway?

Also, they were all getting tired.  This whole no-cheating-needs thing is getting annoying truthfully.  If anything, I’d like to be able to cheat their energy all the way up when I get to the household!

Ugh.  Just eat it!  I really really need to figure out why they keep thinking that the veggie dogs and burgers have meat! 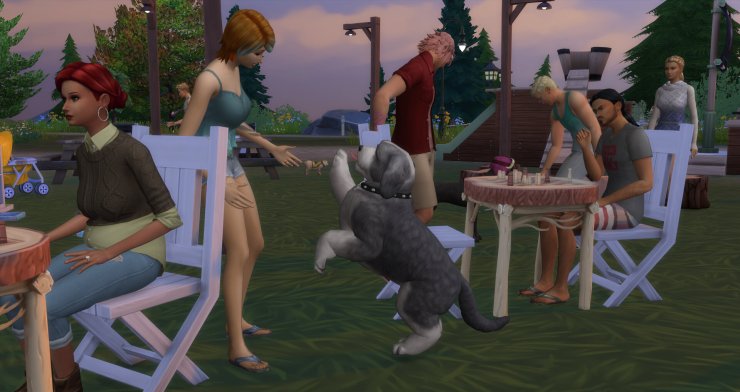 *sigh*  Really tho?  You made it with mushrooms or something!

Her face is so funny! 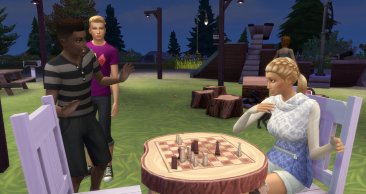 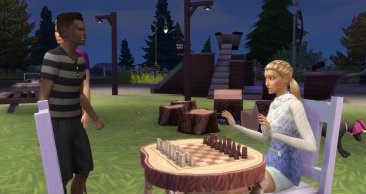 I’m seriously wondering why I’ve left his family in the ‘hood in the first place?  Mostly because I need to have a few unhoused sims.  What a jerk though!  Obviously, he was asked to leave.

I think the whole thing upset Casen.  He was walking around all sad after that. 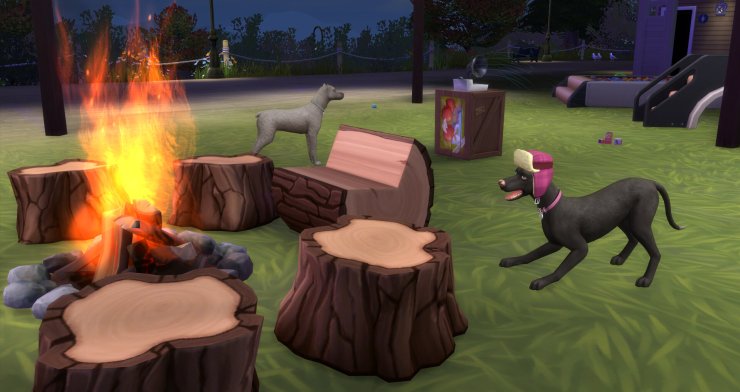 Someone likes fire.  Also, they keep adding logs… like all the time.  I’m getting close to just banning all autonomous fire interactions!

One is obsessed with the tub and the other the toilet.  Bedtime kiddos! 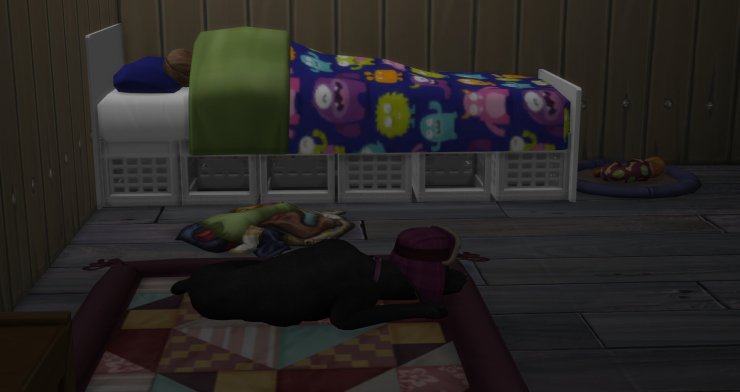 Rylee’s so tiny!  I love having the pets sleep near the kids.

Umm… so I suppose cleaning up those clothes is a no? 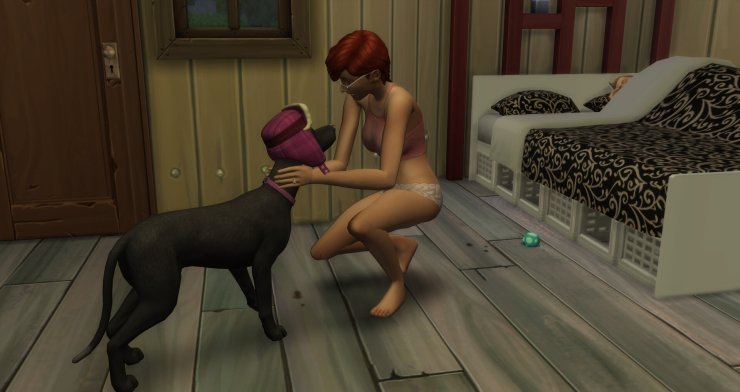 Wow.  Did I really give her those as PJs?  Also, she must have rolled glasses and I gave her contacts.  Jitterbug woke her up and there was an option to comfort her.

There was also something wrong.  Jitterbug is sick and thus has answered the question of whether my pets can get sick.  It’s been so weird that none have up ’till this point.

This is also when I’d realized I never put out pet bowls and Siggy was hungry.  This is happening to me almost every time I’m getting ready to leave a household every morning!  Someone suggested it might be because I have no vampires?  Dunno but it’s annoying!

And Naomi did some laundry.  Siggy’s like You feed me now, yes? 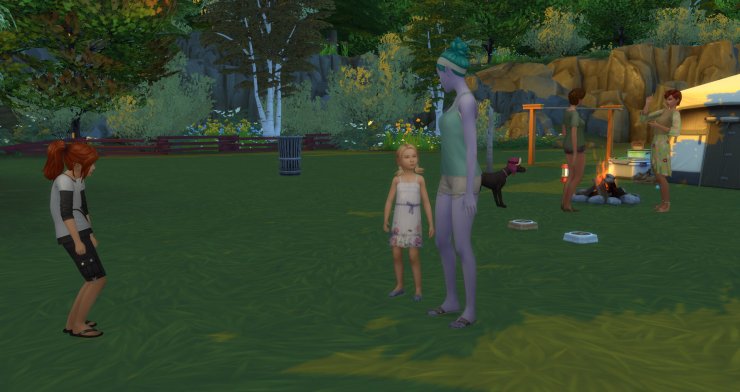 Off to ask Sophia to take a look at Siggy.  Seems that Dorothy said something mean immediately upon their arrival.  Nice.  <—-sarcasm 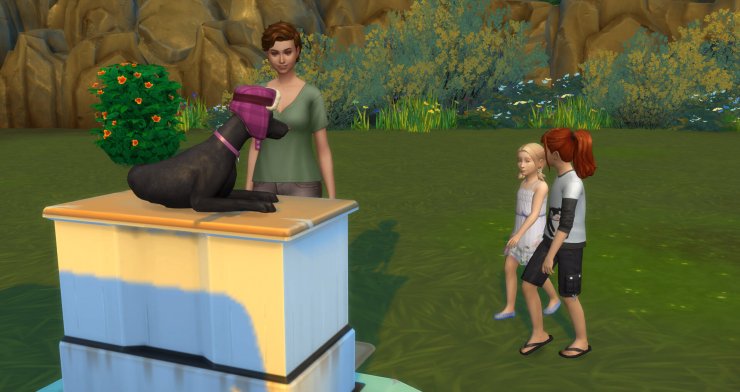 The girls wanted to watch.

After a few tests, we had a diagnosis.

Jitterbug was getting jittery (see what I did there?) and thus was soothed before being given the biscuit with medicine-x.  And this, my friends, is why I wanted to do the pet exams this way instead of a vet clinic.  I noticed that every single time I took my pets to a clinic there were only 2 treatment options… the cone of shame or some shot that cost a ton of money.  What’s the fun in that? 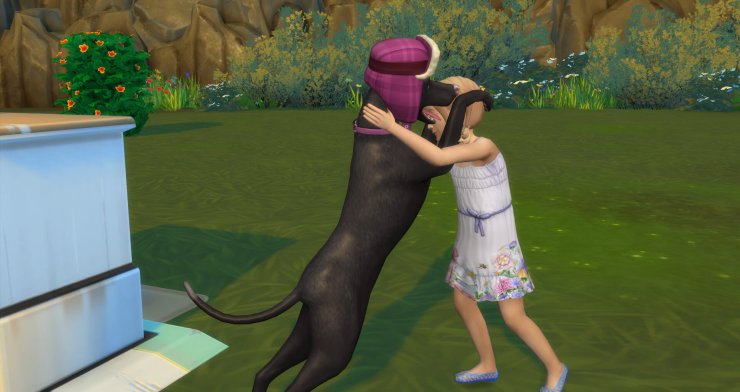 And Sophia made a few spare anti-heat pills for Naomi to take home since, apparently, there’s no way to sell them at the supply depot.