I was very excited to play these two again.  You can see the hero-worship in little Sierra’s eyes.

I don’t blame her, he’s turned out to be a great brother and caregiver.

Isaac came over for a little chat.  I’m really pleased with his new look.

This time, I put all of the new sims into the school club at the start.  First sight thing… you know how I love it.  Casen is such a cutie! 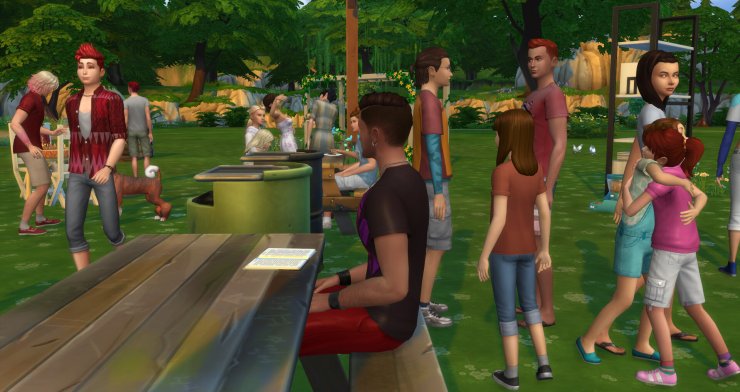 I decided that since he’s now in charge of the Ash Shore trees, Enzo should read a gardening book.

Looks like Tobias showed up to hang out with his “little bro” who actually looks a bit like him because of the red hair. 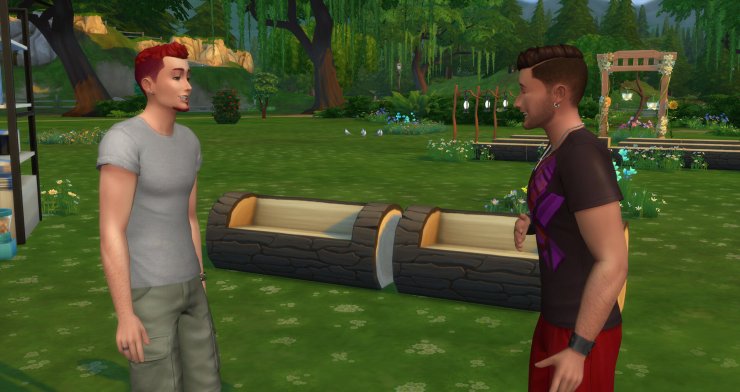 On one hand, I’ve wanted their relationship to develop naturally.  On the other hand, I’m like why on earth am I not telling him to chat with him when I have no problem doing so with every other hopeful couple?  So, I had Enzo stop reading and say hi.

I really need to figure out what on earth it is that’s not allowing group conversations!

Tobias: Haha she thinks we’ll get married someday!  All in good time boys.  It was meant to be! 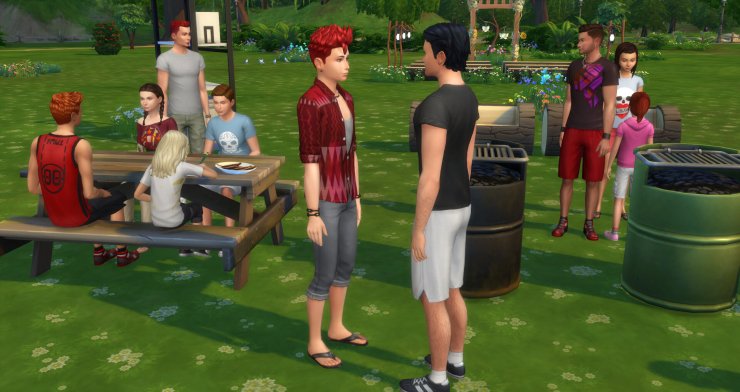 Talk about being distracted!  Tobias and Enzo, Isaac and Casen, and Vicente and Lucca all in the same place!  Eeeek!  I was totally giddy! 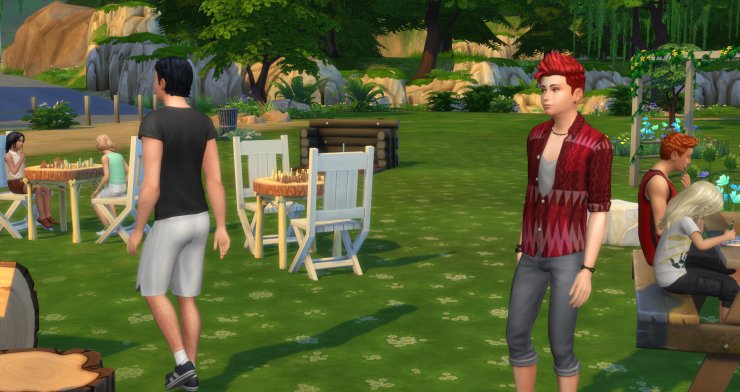 Eh well, you can’t win them all.  I absolutely adore Vicente.  I haven’t gotten much of a grasp on Lucca’s personality yet.  He mostly just stands around talking to his older sister Summer. 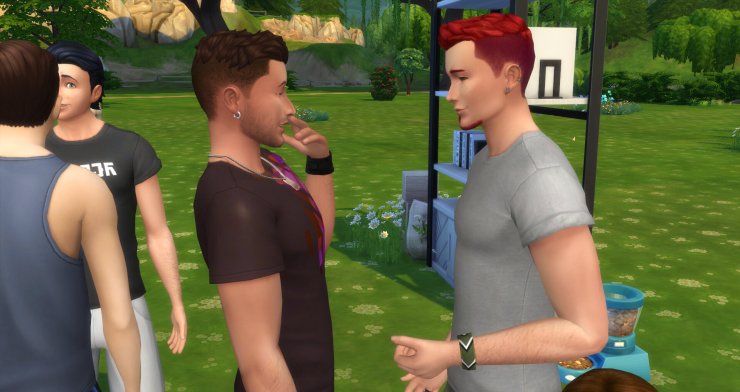 Now they’re talking on their own again without my prompting.  I really wish that the flatter interaction wasn’t identical to flirt.

Layla’s feeling confident.  I think they’re all Sagittarius’s which is probably why.  I know her and Isaac are.

I swear everyone is like vultures when there is a book or journal lying around and run over to reshelf it! 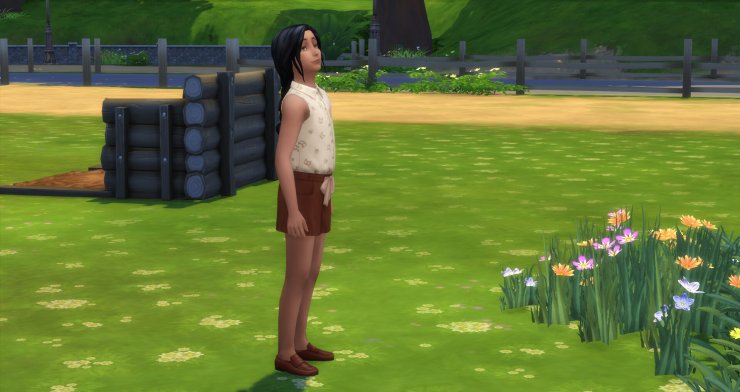 Sierra smells the flowers?  There isn’t much of her in this chapter because she didn’t really do much.

Look at the glare that Enzo is giving his sister!  I wonder what she’s saying?

The look on Erick’s face is perfect!  Ohmygosh I cracked up laughing! 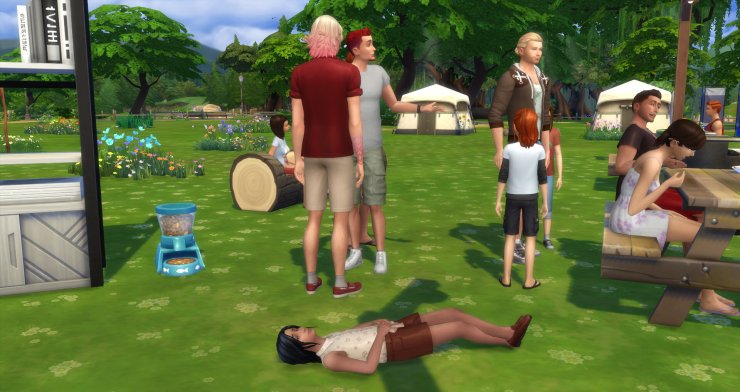 Sierra seemed to be content to just be near her brother.

It was getting way later than I usually keep them at the park for school so I had them take care of their needs. 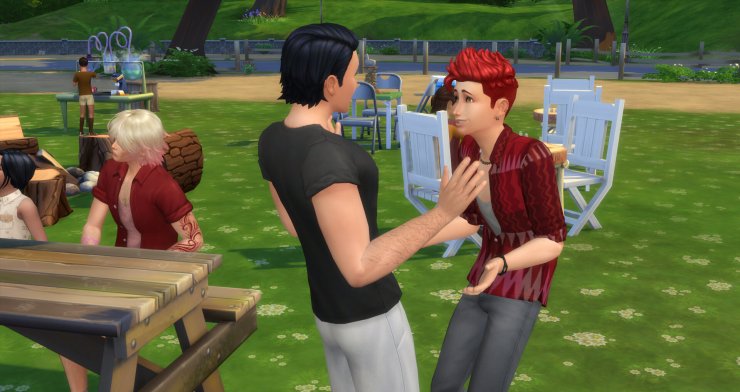 And spied these two chatting again.  Vicente is like a sun.  He’s so happy how can you not be drawn to him? 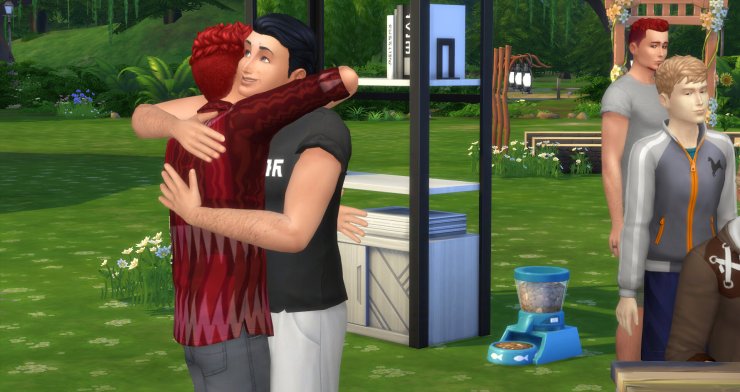 Tobias watched them out of the corner of his eye. 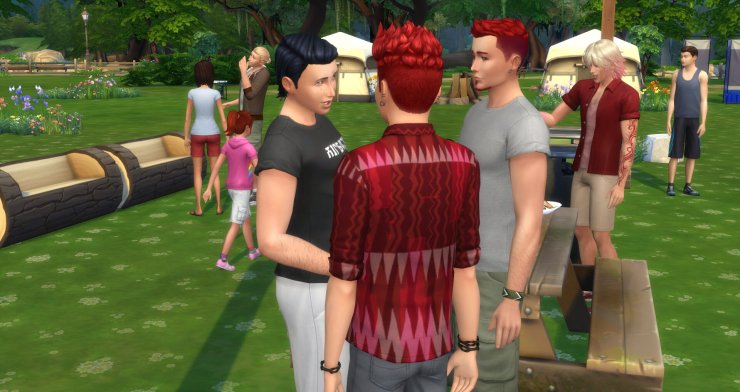 All of the kids are getting so big!

And these two are sitting together again.  Isaac has a gloomy side and spends a lot of time sharing melancholy thoughts.

And succeeded.  I did really watch around the park for more potential couples that day but none of them talked! 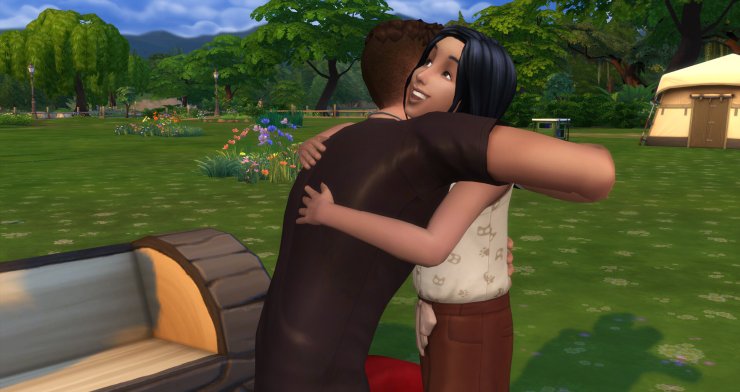 Awe!  Brother hugs are the best.  Time to go back to camp.  They were there a lot longer than I usually keep sims there but really there’s not much to do at home.

Sierra admired her robot and tried to think of what kind of project she’d like to do next. 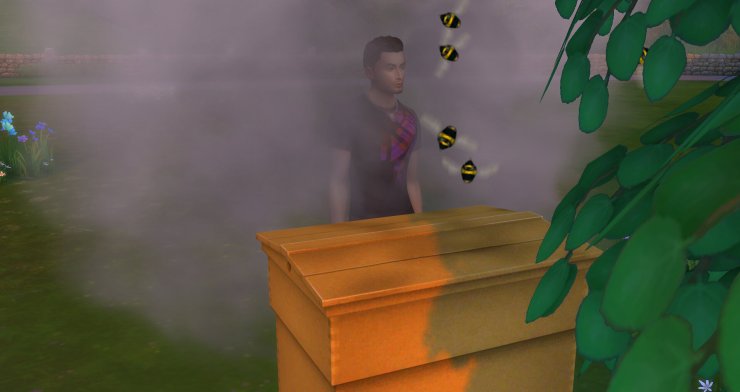 Enzo completely failed at smoking the bee box and smoked himself instead! 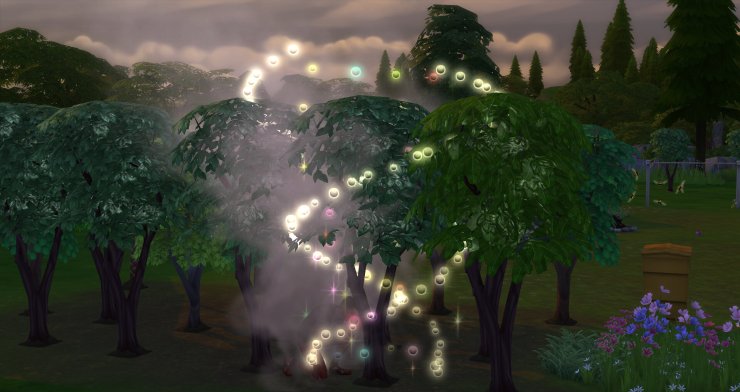 And evolved the one tree that needed it. 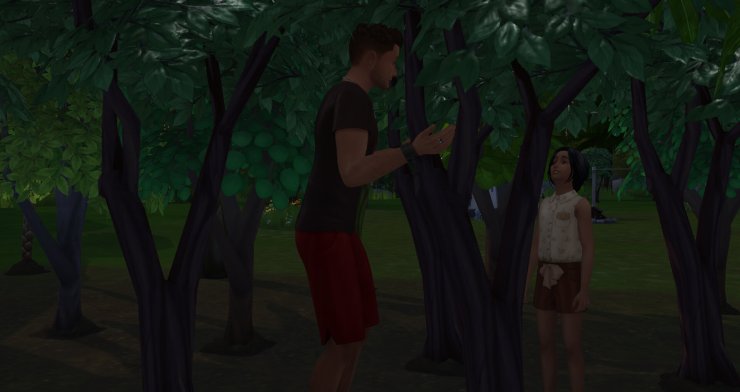 Then Sierra came over and they chatted amongst the trees.

I really do love these two.  When I’d considered adding Enzo to the rotation I thought it would be too boring but adding Sierra to the mix has been perfect. 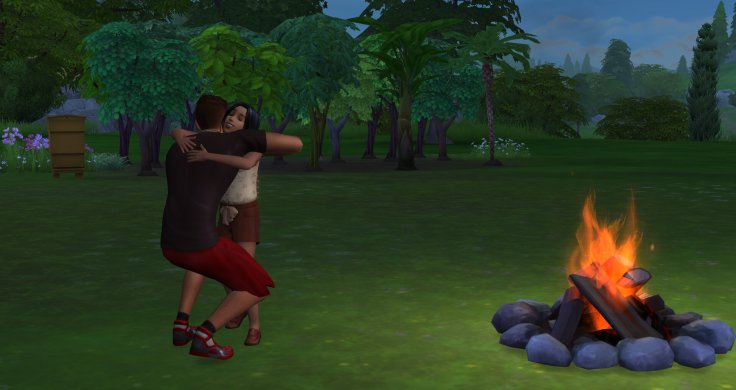 And in the morning the trees finally needed watering.